Memoraid contains ingredients, which have clinically shown to enhance all aspects of your brain health: Memory, Energy, Focus and Protection.

Memoraid is gluten, caffeine and allergen free and suitable for
vegetarians. Subsequently, Memoraid accommodates for all
markets. Our superior formula consists of 7 key ingredients
that can be seen in detail on our formula page. Memoraid is the first supplement on the market to contain the ingredient Sage, which has recently had a lot of media attention and exposure by having positive memory effects. For example, Sage has been shown as being the most effective supplement for brain performance in a study conducted on the BBC Trust Me I’m a Doctor television series.

Memoraid is a niche product with a strong brand image and
superior formulation that aims to be The Complete Memory
Supplement; targeting students and individuals who wish to
help improve their brain function and performance as well as
more senior individuals who are conscious of protecting their
long term brain health and memory.

Market research has shown that there is a need for new
product development and it is the perfect period of time to
stock Memoraid as the brand image and target audience is
most appropriate to serve the emerging memory market.

Increasing the supply of oxygen and glucose to the brain through improved blood flow
Reducing tiredness and mental fatigue through a more effective energy-yielding metabolism
Generating dopamine, the top stimulating chemical messenger

Reducing free radical damage to neuron cells with potent antioxidants
Improving the body’s immune system; defending against foreign bodies that can result in damage of neurons
Decreasing the vulnerability of the brain to oxidative stress helping reduce ageing of neurons

Directions: Take TWO capsules DAILY with water. Take with or after food. Do not exceed recommended daily intake.

Memoraid is suitable for those aged 15 and over.

Safeguard your memory. Achieve your goals.

We are passionate about brain health. It is our mission to raise awareness, educate and provide lifestyle advice in order to improve brain health and memory function.

Memoraid is a safe and effective dietary supplement to aid memory and avoid the use of highly caffeinated products which have a negative impact on health.

We donate to the leading Alzheimer’s charity to support their research.

Be the first to review “Memoraid” Cancel reply 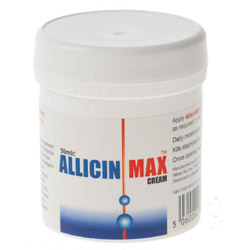