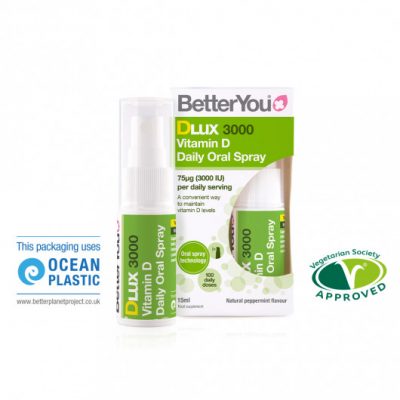 Optimal levels of vitamin D are just a spray away, according to a study we recently carried out in conjunction with the NHS Vitamin D Testing service.

The pilot study focused on 25 participants who had low vitamin D levels (below 50n/mol) and aimed to prove the effectiveness of an oral vitamin D spray in elevating serum levels.

Of all participants in the trial who had low vitamin D levels:

This trial has successfully demonstrated how a high dose oral spray of vitamin D can dramatically increase vitamin D levels and resolve insufficiency/deficiency to an optimal level.

This trial shows that low vitamin D levels can be easily corrected by a simple and convenient oral spray supplementation. A backs up multiple clinical trials that have found that oral vitamin sprays elevate serum vitamin D levels faster than traditional tablets and capsules.

It’s important for you to know your levels, as it’s estimated that around 10 million people have low vitamin D.

As the clocks change and the nights draw in, Public Health England recommends that everyone take a daily vitamin D supplement during autumn and winter.

Our DLux vitamin D Oral Spray range offers convenience and guaranteed absorption for people of all ages, including children and mums to be.